Like our work? Arrange a meeting with us at our office, We'll be happy to work with you!

We are always looking for new talents and we were expecting you. Time to apply, buddy!

Peace is the ultimate goal of every conflict. Peace and conflict are a duality where one could not exist without the other. Through this juxtaposition of feelings that our story originates.

A long and distressing path between two high black walls stops in a small garden around which are placed all program functions.

The discomfort for an alienating path and the liberation from it, when the senses find refuge in the hidden space of the garden.

The pavilion is mainly an introverted space, but the tension does not end when the small building is confronted with the vast urban space that contains it. The high and long surfaces become the place where collecting the idea that every man or woman has about the peace. The wall becomes collection of signs, message bearer.

Berlin, Belfast, Jerusalem teach us on it.

The Long walls refer to the idea of overcoming barriers. Thanks to human need to shoot them down to find the concrete idea of peace. Our wall is the place on which we condense the hope of a world without war.

Our proposal is achieved through the use of poor materials. Scaffoldings, thin and lightweight, covered with materials that can be written, removable and replaceable. The pavilion image therefore is constantly renewed. A container of collective gestures becomes a work of social art. 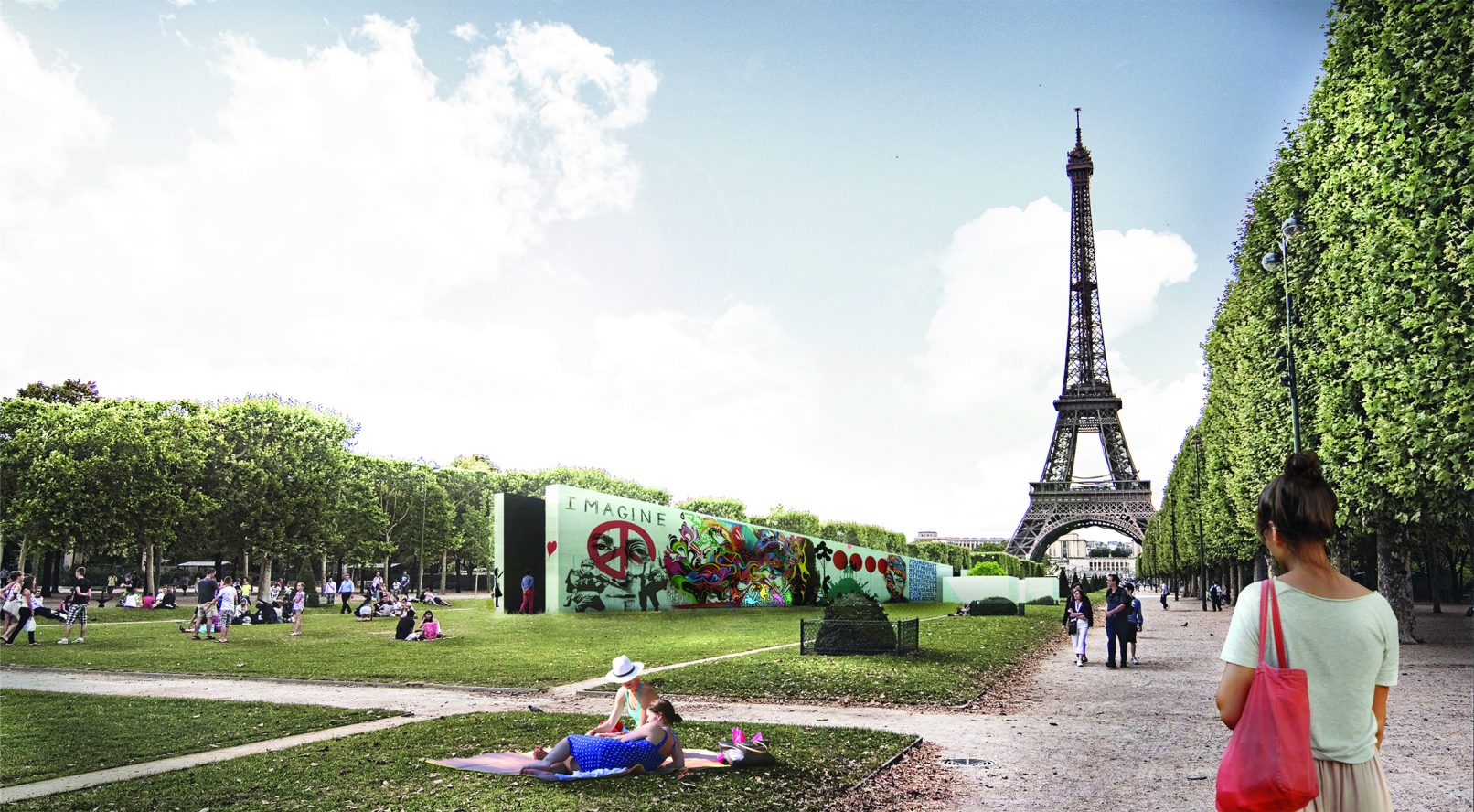 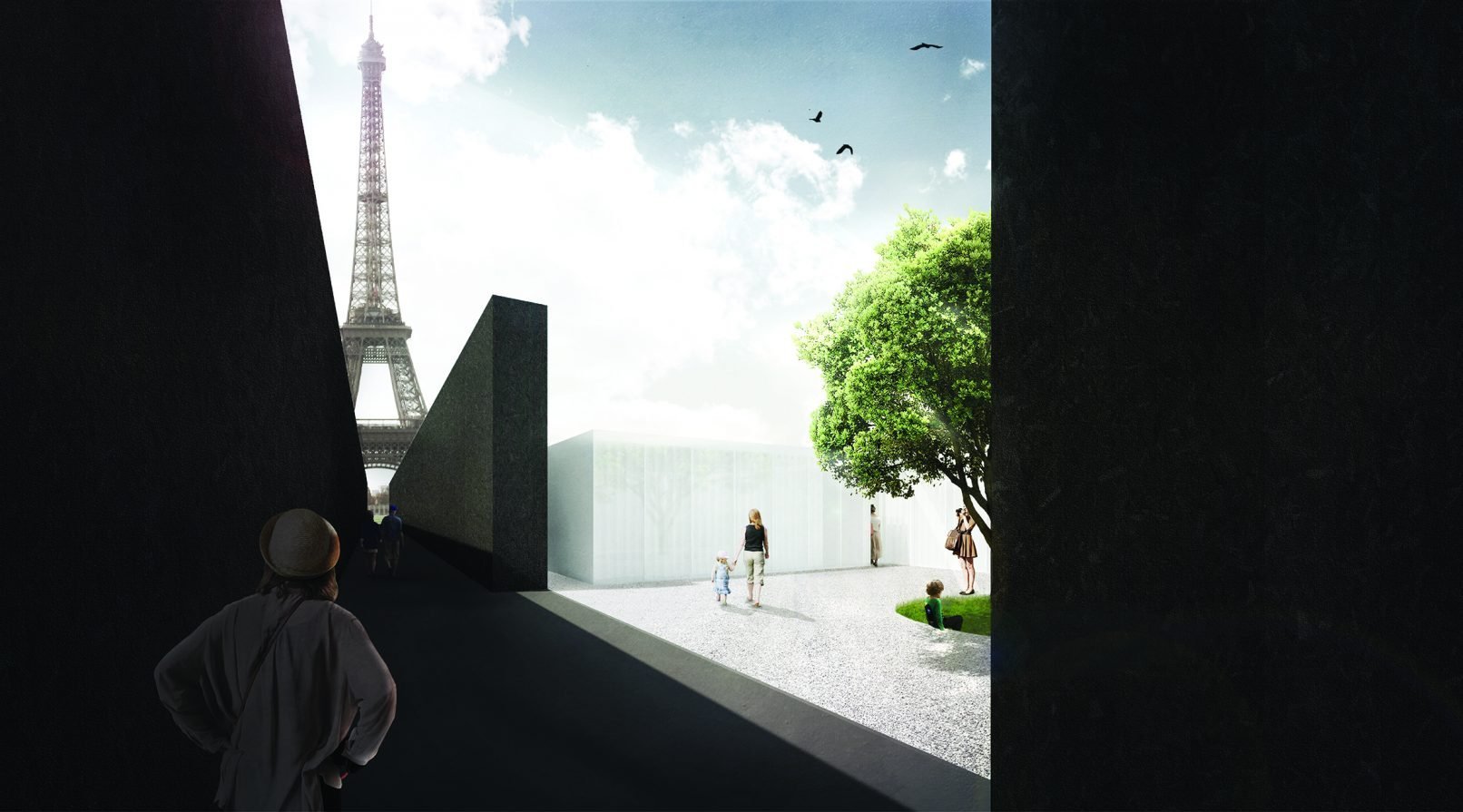 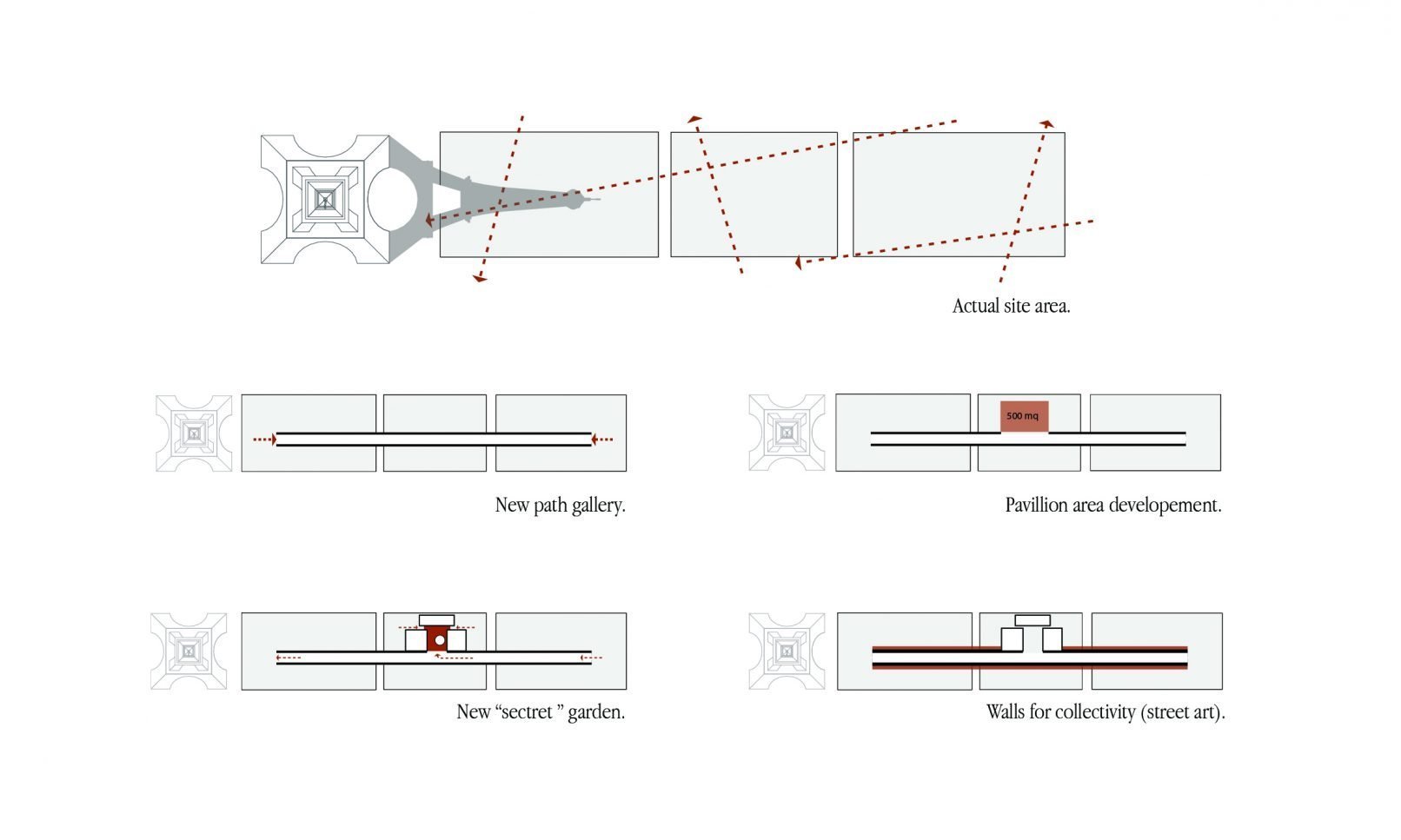 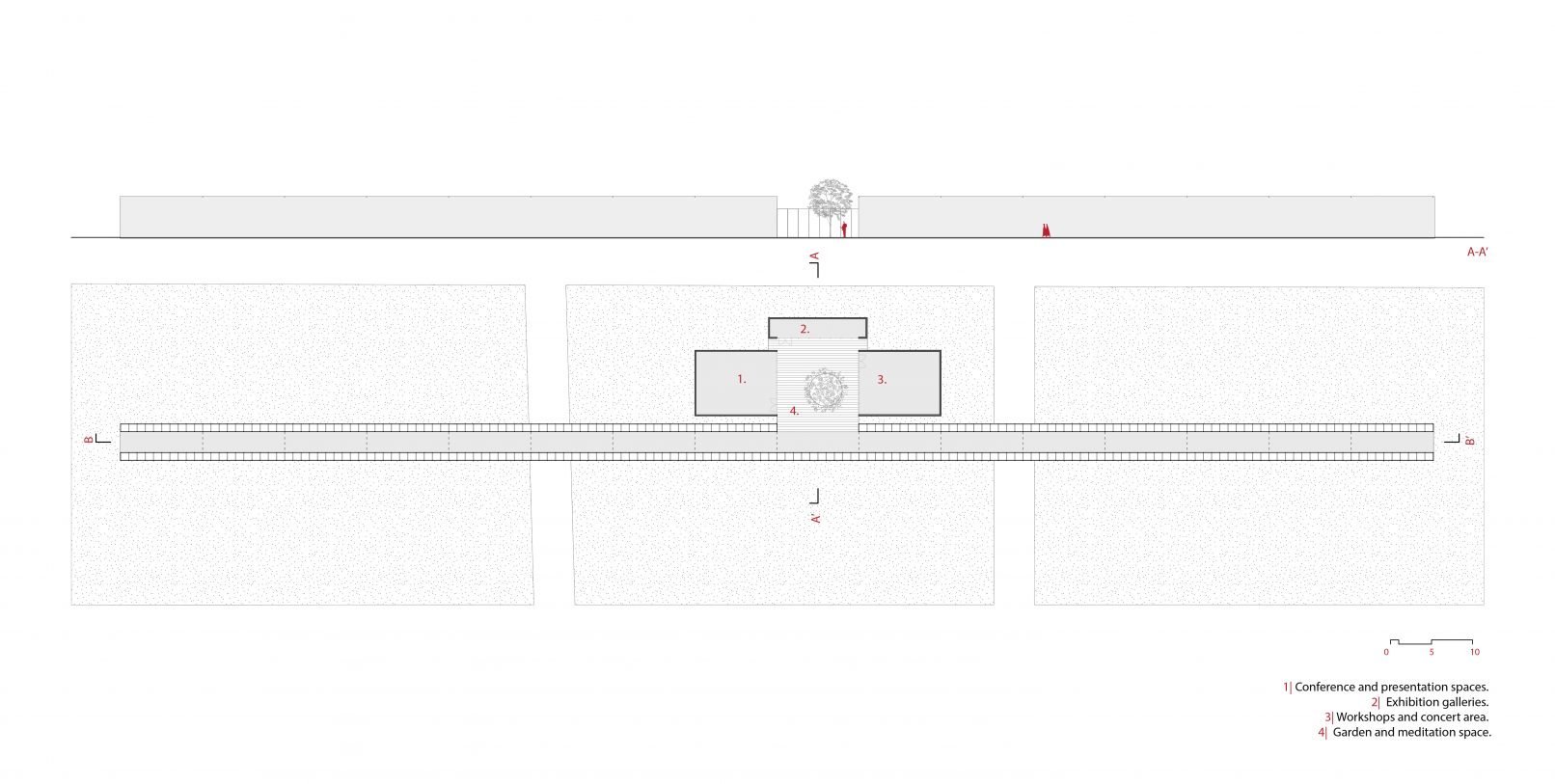